Wishing you a Magical and Blissful Holiday! 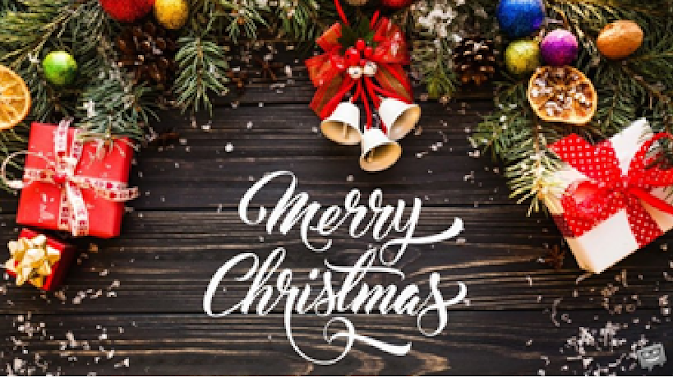 Merry Christmas from our family to yours. Take nothing for granted and be thankful that you have such great family and friends to spend this joyous season with.

Wishing you a delightful Christmas and a very Happy New year in Advance.
at December 23, 2020 No comments: 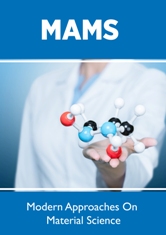 Snails are beautiful creation of nature. They occur in rivers as well as ponds. But these sources of water are contaminated by effluents, pollutants, acid rain, particulates, biological wastes etc. They can change the pH of water. Water is absorber of carbon dioxide and it converts carbon dioxide into carbonic. Other above-mentioned wastes also increase the concentration of H+ ions in water. They produce hostile environment for snails. The outer part of snails is made of CaCO3. It produces chemical reaction in acidic medium and corrosion reaction is accelerated thus deterioration starts on the surface of snails. This medium their survival becomes miserable. For this work corrosion of snails study in the pH values of water is 6.5 in H2CO3 environment. The corrosion rates of snails were calculated by gravimetric methods and potentiostat technique. Aloe Vera was used for corrosion protection in acidic medium. The surface adsorption phenomenon was studied by Lungmuir isotherm. Aloe Vera formed thin surface film on the interface of snails which adhered with chemical bonding. It confirmed by activation energy, heat of adsorption, free energy, enthalpy and entropy. The results of surface coverage area and inhibitors efficiency were indicated that Aloe Vera developed strong protective barrier in acidic medium.
Keywords: Corrosion; Snails; Aloe vera; Carbonic acid; Potentiostat; Thin film formation

Corrosion occurs in living organisms [1]. The animals’ outer layer is created by calcium carbonate [2] to corrode in acidic environment. Corrosive substances interact with living organism [3] to produce corrosion cell which is exhibited autoredox with snails [4] and disintegrated their outer layers. It observed that carbon dioxide [5,6] reacts with water to form carbonic which produce hostile environment [7] for snails and [8] Ocean water [9] is major absorber of carbon dioxide to change pH. Carbonic acid interacts with snails to exhibit chemical thus calcification [10] starts on their surface. The oxides of Sulphur [11] dissolve in water to produce sulphrous and sulphuric acid. These acids produce corroding [12] effect with snails. Oxides of nitrogen [13] absorb water to form nitrous and nitric acids and they generate corrosive environment for molluscs [14] Acid rain [15] can change pH of water and produce acidic medium for snails. Industrial wastes and human wastes contaminate water sources and alter the pH values of water in this way it makes water corrosive for snails and molluscs. The temperature [16] of the earth is increasing due to global warming thus water sources temperature is also increased and snails [17] undergo corrosion reaction. Various types of techniques use for corrosion protection [18] like anodic and cathodic protection, galvanization and electroplating, dipping [19] anodization, spray, nanocoating and inhibitors action. Aloe Vera is used for skin corrosion protection in acidic environment. Snails’ corrosion [20] can be control by inhibitor action of Aloe Vera in above mentioned environment. Aloe Vera form a thin barrier on the surface of snails and it is confirmed by activation energy, heat of adsorption, free energy, enthalpy and entropy and these thermal parameters results is noticed that Aloe Vera has good inhibition properties in acidic medium. It forms complex barrier on the surface of snails.

Snails dipped into carbonic acid solution which pH value was 6.2. The corrosion rates of snails were determined by gravimetric method at mentioned periods 1,2,3,4 and 5 years at 288,298,303,308 and 3130K temperatures without use of Aloe Vera. Aloe Vera was used as inhibitor in carbonic acid medium and the calculated of corrosion rate of snails above mentioned years and temperatures at 50, 60, 70, 80 and 90M concentrations. Potentiostat 324 model used to determine the corrosion potential, corrosion current density at different temperatures and concentrations. These results were obtained by application of calomel electrode as auxiliary electrode and Pt reference electrode. The snail kept between these electrode and external current passed through without and with inhibitor. The results were noticed that anodic current decreased and cathodic current increased by the use of Aloe Vera. The gravimetric method corrosion rate results were approximated to potentiostat corrosion obtained results.

Figure 1: K Vs t for snails at different years.

Figure 2: K Vs T for snails at different tempertaures.

Figure 3: K Vs C for snails at concentations.

Figure 4: θ Vs T for snails in Aloe Vera.

Figure 5: θ Vs C for snails in Aloe Vera.

Table 1: Corrosion rate of snail absence and presence of Aloe Vera in H2CO3.

Table 2: Surface coverage area develop by Aloe Vera on the snails in H2CO3.

The percentage inhibitors of Aloe Vera at different temperatures and concentrations as one-year interval were calculated by %IE= (1-K/Ko) X100 (where Ko corrosion rate without inhibitor and K corrosion rate with inhibitor) and the values were written in Table 3. The results of Table 3 were depicted that percentage inhibitors efficiency were increased as temperatures and concentration were enhanced. Such types of trends also observed in Figure 6 %IE Vs T and Figure 7 %IE Vs C. Surface adsorption phenomenon was studied by activation energy, heat of adsorption, free energy, enthalpy and entropy. Activation energy was determined by formula K=A e-Ea/RT (where K is corrosion rate, Ea is activation energy and T is absolute temperature without and with action of Aloe Vera at different temperatures and concentrations and their values were recorded in Table 4. It observed that activation energy increased without inhibitors but its values decreased after addition of inhibitors. These results were shown in Table 4 which indicated that inhibitors adhered on snails by chemical bonding and their values were obtained by Figure 8 plotted logK Vs 1/T. Heat of adsorption values were found to be negative which indicated that Aloe Vera was shown an exothermic reaction in H2CO3 medium. It adsorbed on the surface of snail by chemical bonding. The values of heat of adsorption were determined by Langmuir isotherm log(θ/1-θ) = logA +logC-q/2.303RT and Figure 9 plotted log(θ/1-θ) Vs1/T and Figure10 plotted against log(θ/1-θ) Vs logC and their values were recorded in Table 4.

Figure 11: Themal energies Vs T for Aloe Vera with Snails.

Figure 12: Thermal energies Vs C for Aloe Vera with snails.

Figure 13: ΔE Vs Ic for snails with Aloe Vera.

Snails’ corrosion occurs due to change the pH of water. Water pH is altered by contamination effluents, industrial polluters, and various types of wastes and acids rain. Snails outer layers are constructed by calcium carbonate. In acidic medium calcification starts on their surface by chemical process. It produces pitting, stress and crevice corrosion. For the protection of such types corrosion Aloe Vera is used as inhibitors. Aloe Vera forms thin film on the surface of snails. The thin film formation is confirmed by thermal parameters like activation energy, heat of adsorption, free energy, enthalpy and entropy. Aloe Vera surface adsorption phenomenon on snails is also satisfied by Langmuir isotherm. Aloe Vera is reduced the concentration of H+ ions and enhance the concentration of oxygen molecules. It is nitrogen containing rich organic compounds which capture H+ ions and less H2 gas is released thus corroding effect of snails suppressed.

Author is thankful for UGC-New Delhi, India for providing financial support for this work. I also thank my research team for their collection of data and graph plotting. I am very grateful professor G Udhayabhanu IITD and professor Sanjoy Misra providing laboratory facility.